The road lead us to the south along the coastline. The boat in the bay

The bridges are not rare in Norway. The coastline is shattered with fjords and sometimes it is easier to reach the point B from point A by water, than land. Norwegians are like bright and clear colors. Despite the rainy climate the houses and ships are painted in red, blue, green and white. There is also salad-green and orange. The old man have come to us on the interesting device while we were standing near the local supermarket. That was something between “Smart” and the invalid carriage. After that another same apparatus with an grandpa has moved through the parking, but that one was electrical. The summer time is short, so you should use it wisely.

The construction of the Norwegian House

At last we are on the ferry, which shall carry us to the Lofotens islands. That is a quite big archipelago. You need to spend many time to inspect it. 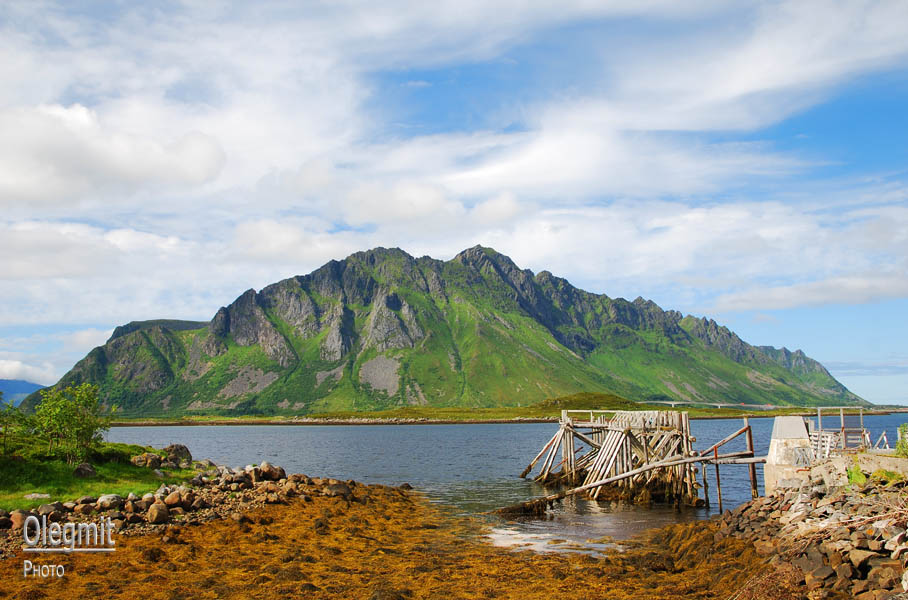 Lofotens are the paradise for the fisherman. It refers to entire Norway. The cod and salmon are the symbols of this country. The sea, the mountains and the town on an artificial mound We are moving near the local garbage den (everything is surrounded by walls and it doesn’t looks like that). There is a shield, where were written the sells for utilization of the different kinds of garbage (in Norway croons). The daily garbage from the locals is utilized without paying. This is true because we saw the woman with two big boxes of trash. 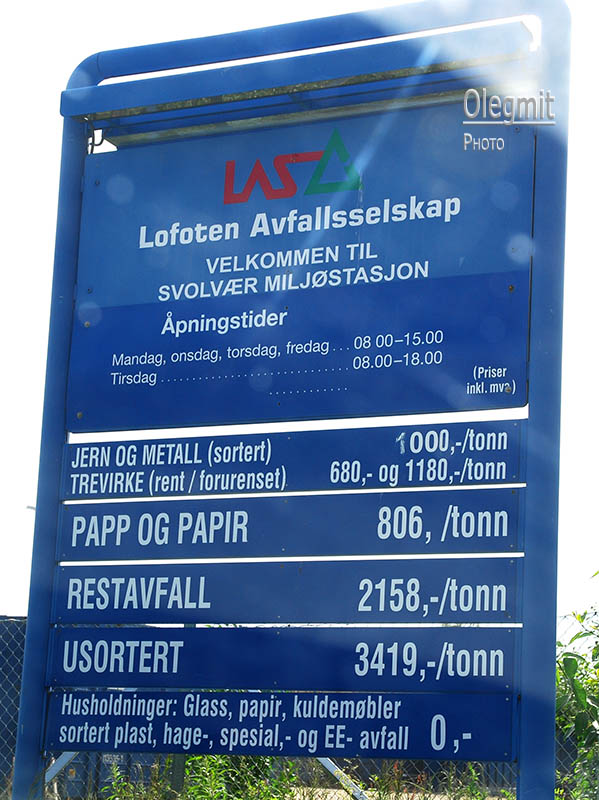 Shield with the prices at the dump

Lofotens are the Norway analogy of the Krim. At summer time there is a lot of people and excursion’s buses. With some help from the locals we have found a few deserted places. The microclimate here is impressive – there is growing morroshka. The water is everywhere here thanks to the often raining events. Waterfall, makes his way through the rocks