The evening of the previous day we have spent on the absolutely wild parking in the Finnish forest near the Norwegian borderland.
Our cars are the 25 crews, including the organizers were gathered along the forest breakthrough. We and the mosquitoes. A lot of mosquitoes. At the evening there was a little rain, which was falling through the night. It has become weaker at morning and we have picked up tents and gone away. The parking in the forest

Well, the Scandinavia countries are quite different between each other with their weathers. After piercing of the Norway borderland everything have changed. 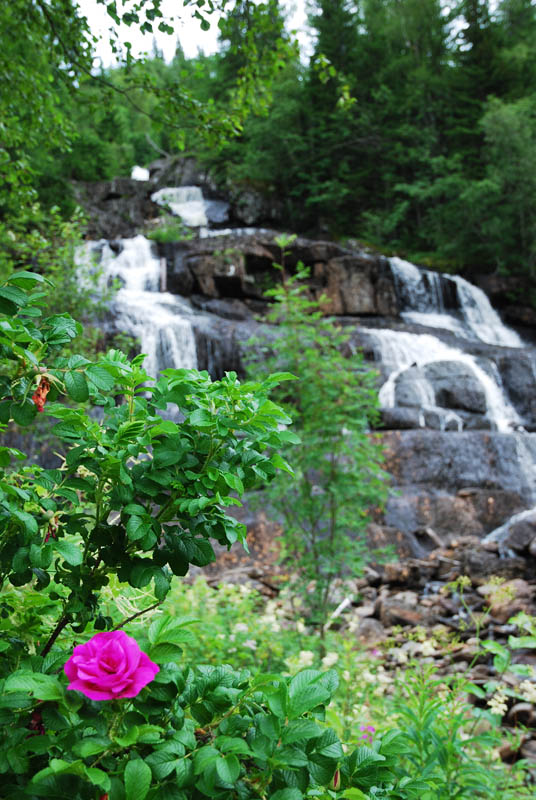 Waterfall. Wild roses in the foreground

We were moving along the river. The river valley was surrounded by the waterfall mounts. Our route was leading us to Tronheim, the ancient capital of the Norwegian kings. This is a small city with impressive charm. A little sun in cold water

The Tronheim is always comparing with Venice about the number of the channels. There are more cutters, yachts and boats than the cars on the streets. We have a walk on the central quarters, what have really reminds us Kyiv. There are a lot of green on the main valley of the town and the young people in flowering clothes. A couple of local informal

There are also the blonde. One was sitting on the bench and covering her cellphone with sorrowful tears. The cultural life of Troneheim is rich. The poster tumbs are marked with announcements of variety of enjoyments – from the Estrada and theater to strip-clubs. Various types of entertainments in Norway

The Norway mass-media have pretty good individuality. There are saturated colors, especial inner energetic and the advertisement. 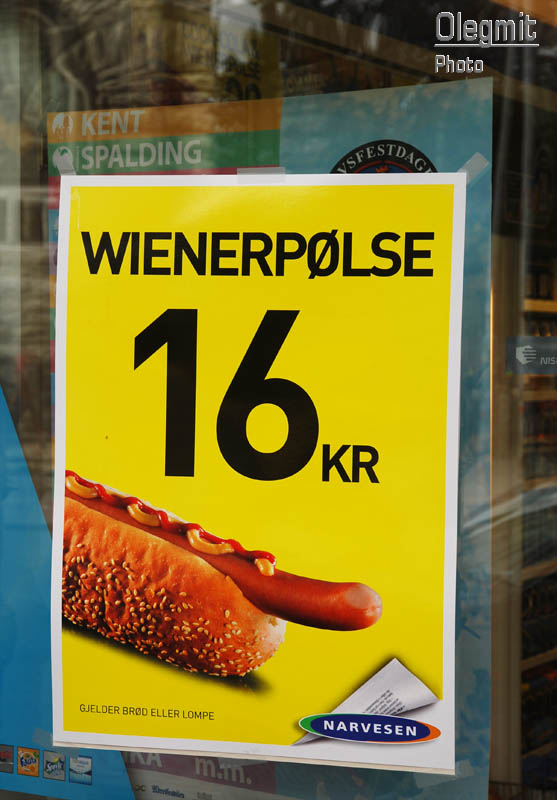 There was a boy near the main square, who was playing very sorrowful and familiar song on the viola. There are numberless interesting memorials as the memorial of the mother-in-law. The Russian tourists really like to take shots with it.

Sculpture of a woman with a bag

There is an entrance to the gothic cathedral and the young monk in red cloth near it. This structure was built in 997 and 60 years before the Sofia Kyivska Cathedral. Entrance to the Cathedral of the 11th century

Very interesting story is connected with Viking Olaf Haraledsen, who was canonized by church for the baptism of the Norway. His grave is a basement of this cathedral. Cathedral over the tomb of St. Olaf

The miraculous fa?ade of the cathedral is decorated with sculptures. One of statues was decorated with the wreath. A few modern sculptures were noted near the cathedral, but I won’t dare to show their photos. Some of them I didn’t understand, but the others just freaking me out. As it gets, I prefer more the medieval ones. In the city we have met a lot of our crews, which were very noticeable because of stickers and the Finnish-Swedish mud on them. I didn’t see a lot of graffiti in the city. Maybe the local authorities are fighting with them. One of the Tronheim signs is the buildings on the wooden columns on the channel. They are painted in variety of colors and harmonized with parked boats. Houses over the canal and boats

The water arteries of the Norway. The life of the locals is very closely related with sea. There is a walking-bicyclist bridge above the big channel, which got the flowerpots on its barriers. It is very beautiful. Numerous berths are giving the shelter to the various cutters, yacht and barge. We have left the Tronheim. The road leads on the south through the scenic valleys. Closer to evening we have reached the valley of the river with the milky-green color of water. I think it is the color of the bottom clay, but it looks impressive. Green river in the granite shores